This has been a very weird winter weatherwise so far - way too warm for starters, with temperatures into double figures.....not a thing I ever thought I'd hear myself wingeing about really, whereas at this time last year we were up to our knees in snow - literally! 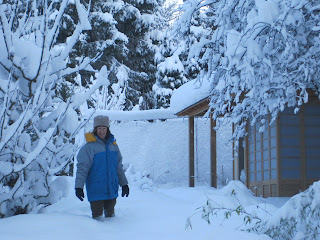 These past 2 days have been the first cold, frosty days that we've had - and a bit of a shock to the system they've turned out to be too! But as a consequence of the warm, wet weather, an awful lot of flowers and blossom have gotten very confused and popped out early.

No snow (yet!) this year, but here are a few of the plants in bloom in my garden right now!

This azalea has been in flower since early November. 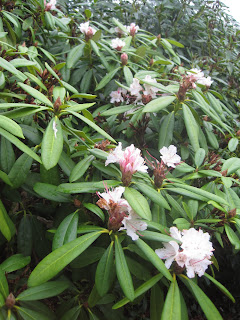 This ornamental cherry came into flower on Christmas Day - a whole 6 weeks early! 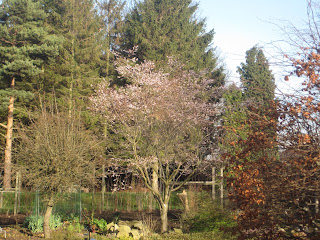 It's not quite as fullsome as usual, but still very pretty. 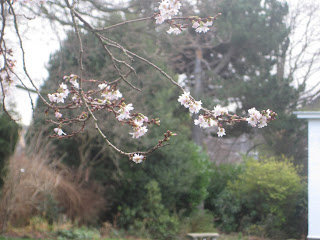 The Hellebores are about a fortnight early. 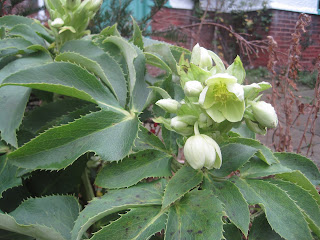 This little fellow shouldn't be out at all yet! 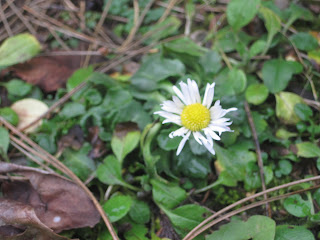 The heathers normally flower in mid-February. 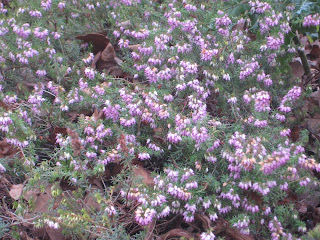 This Hellebore doesn't usually put in an appearance until early February. 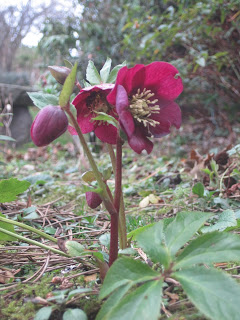 These usually pop out in March and last for months! 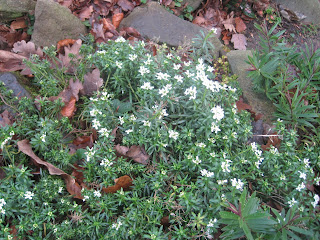 I don't know when this Willow 'Kilmarnoch' should go into bud as it was only planted in July (it was a Silver Wedding Anniversary present), but I wouldn't have thought it should be coming out now, should it?! 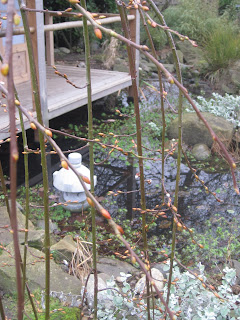 I've still got kale, spinach, chard, leeks, 2 sorts of cabbages, 2 types of broccolli and some sprouts going strong - and some self-set peas are about 2 inches high over by the greenhouse! The sharpe eyed amongst you may have spotted that I'm a mucky pup who failed to empty and clean the greenhouse in Autumn! :(

All our vegetables for Christmas dinner for 12 came out of our garden - and it made me ridiculously happy to do that! 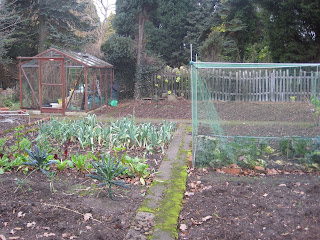 The Garrya is glorious this year with the longest tasssles it's ever had but, again, somewhat earlier than usual. 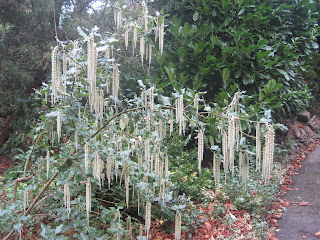 And a new planting that hasn't yet bloomed (or shone) is my Christmas present from Himself, new lights for the drive! Ten years of complaining about how dark and scary our drive is at night have finally paid off. This pair of lights are about 50 yards from the road, about halfway up, and a single light is going in nearer the house....and Himself has promised to get them working before Easter! Naturally, being Himself, he's not doing it the easy way. He's got some complicated plan to tunnel under the drive rather than just dig a channel in the tarmac like everyone else would! :P
Frankly I don't mind HOW he gets the electrickery to the lights as long as he gets them working!!! 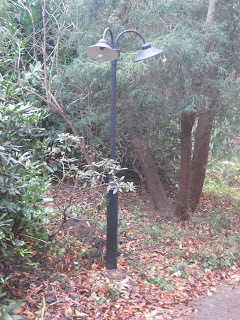 What's happening in your garden?
Posted by Nutty Gnome at 15:56 33 comments: