During our recent heavy snow I was elated gutted to have to have a 'Snow Day' as the school I was due to work in that day was shut ....devestated I was!!!
Instead, I filled my time by going for a walk in a local park with my wonderful neighbour and his dog and trying out my new camera that Himself surprised me with at Christmas - a Panasonic Lumix FZ150 for those who're interested. A camera for those who aren't! :-P
The park is set in a valley, surrounded by several large housing estates, but the place seemed almost deserted when we arrived and human activity was only given away by the footprints in the snow and, further on, the faint sounds of screams and laughter. We were on the valley floor and the activity was on the slopes! 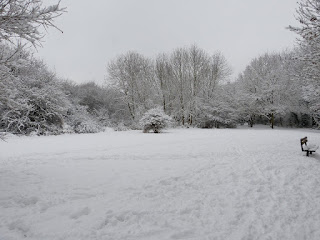 The snow was about 7" deep and crunched wonderfully underfoot as we walked. The trees hung low, weighed down by the snow and the air had that magical quality and silence that only snow can give. 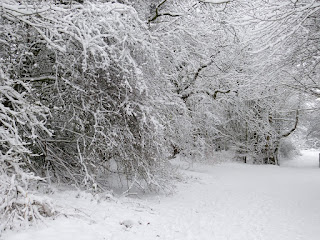 Sally dog proved tricky to photo as she is so fast and loves playing in the snow. This is a rare still moment! 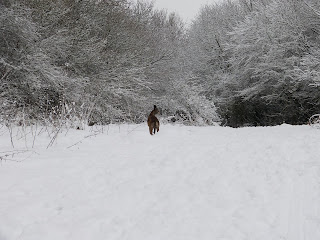 The stream oozed silently between the banks, not quite water but not yet ice. 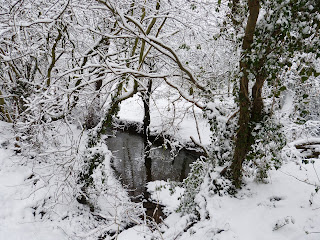 A splash of colour in a black and white world. 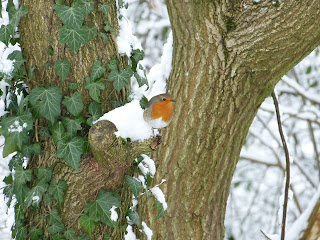 We reached the lake and revelled in how different it looked to normal. 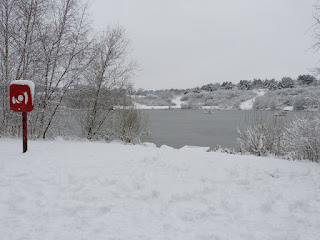 The gulls appeared singularly unimpressed with the change to their land and lakescape! 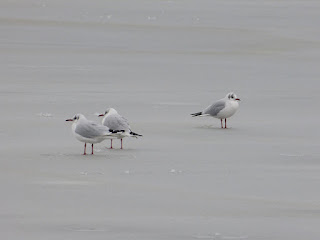 Tony (bless him) had brought a bag of bird seed to entice the birds in for me to photograph :-) 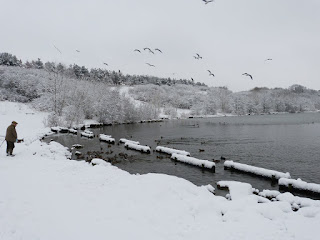 The swans quickly muscled in on the act. 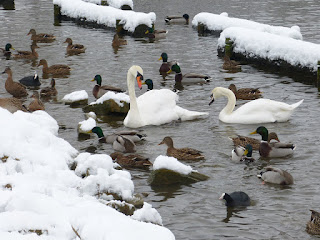 The swan was happy with its unexpected meal. 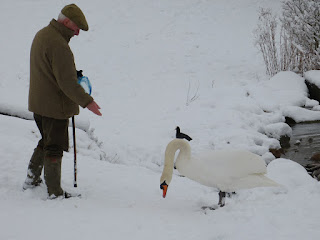 Sally loves playing with other dogs - and they don't seem to realise that they haven't got a hope of catching her! :-D 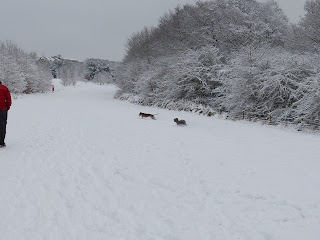 We walked round the lake and along to where the sledgers were having great fun. That slope is quite a bit steeper than it looks! Sadly, Tony wouldn't let me nick a child's sledge .... 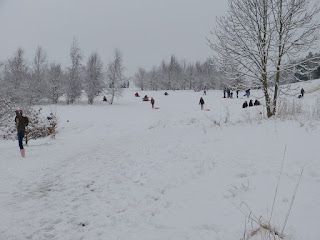 I could have had hers - she was homeward bound anyway! 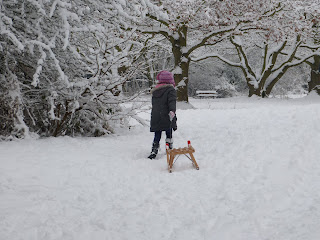 And back to the car park past this magnificent tree. 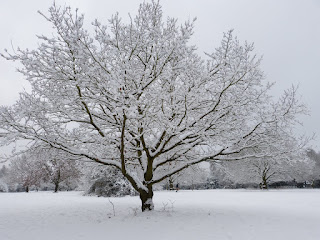 There is a saying that "happiness never decreases by being shared" and certainly Tony and I shared a lovely hour or so that day - one which will stay with me for a long time. Simple pleasures eh?!